As I pull in the circular driveway of my parent’s house for the last time, the blown speakers on the rental car radio crackle out Steppenwolf’s Magic Carpet Ride. A dumpster filled with recently removed carpet blocks my path around, the same brown shag carpet from my teen years. The undersides appear ash gray, loosely stacked rolls poised to unfurl at me like someone I once walked on.

My stepfather built the long, low ranch-style house in the early 70s when wall-to-wall carpet was the new trend. We moved from the city ten miles away to the foothills of Fallbrook, beneath the Sleeping Indian that gave our street its name.

It’s horse property, Mother said, trying to lure me away from everything familiar as high school started.

Once the house was finished, my stepfather, Pa, a carpenter from the backwoods of Maine, constructed a workshop, horse barns, and tack rooms. He traced and cut her drawings of horse heads from flat wood, mounting them on signs announcing Mother’s dream, Morro Hills Arabians, back when he cared enough to try and please her.

I sometimes rode her high-spirited horses across the long mesa that formed Sleeping Indian’s chest, but I grew more interested in climbing his volcanic head, taking my little brother by the hand, scrambling to the top to sight coastal islands, then exploring caves on the rock face of this fallen warrior of our Lilliputian plays.

We returned from outdoor adventures hungry, banging the metal screen door from the garage into the kitchen, grabbing snacks and settling into the cushiony plushness of the cocoa-colored carpet, an open beam ceiling above us, our mother off with her horses. Cross-legged, we ate in front of the TV as if before an altar. We watched the Brady Bunch run across similar surfaces in their staged house with Alice to clean up after them as we ate our graham crackers dipped in milk. The soft scrimped-and-saved-for carpet beneath us consumed our spray of crumbs.

Meanwhile, the small dogs Mother loved and Pa tolerated, mostly Chihuahuas and Pomeranians, danced around and begged for treats, then left their marks on the carpet, too lazy, or too stubborn, or too late to pee in the outside pen Pa built.

The brown shag carpet silently accepted it all, its underside blooming with spores, growing new uncharted worlds beneath our feet, largely ignored, except on occasional Saturdays when I plugged in the old metal Kirby and it roared to life. The beater brushes laid fresh lines like a back-scratcher as I pushed and pulled, the vacuum sucking up embedded crumbs. But the carpet held and collected the deeper layers, a quiet historian cataloging and petrifying the fragments of our lives.

Years later, the trampled fibers of shag carpet caressed the trailing chiffon hem of my dress like tiny armies of arthritic fingers as I danced out the door to prom. By then, haciendas with red tile roofs and columned mansions dotted the Sleeping Indian like fresh wounds on his chest. Builders toppled the ancient pines that stood as his feet.

Puppies or rescue orphans replaced dead dogs, all small breeds, but each with a penchant for marking new territory, no matter how many times they were put out. When trod upon, a sour sulfur smell rose up like a complaint beneath our feet. My very sanitary husband held our squirming toddlers in his arms, refusing to let them crawl on soiled surfaces among the dancing dogs. Visits grew short and visitors few.

The horse barns emptied and the workshop went quiet. Ice plant and weeds took over. Mother wanted to sell. Pa did not. Instead, he sought peace by moving into my old bedroom on the opposite end of the house. By then I’d moved my family several states away, never owning a dog, but finally allowing an indoor cat who uses a box and spares our rugs, except to sharpen his claws on every carpeted step up and down the staircase.

When my younger brother texted to say Pa was in hospital with suspected liver cancer, I flew back in time to say good-bye and arrange hospice at home, where his feet brushed across that same brown shag carpet soaked and stained by the love of all those dogs over the last 46 years.

Pa was cremated. My six children cleared their calendars for travel from Seattle, Portland, and Missouri, but my mother said there would be no service. None of my four siblings objected, except my little brother, his one true son.

What about his ashes? my brother wanted to know. But our Mother rarely gave a direct answer to a question.

Not wanting to overstep, I rerouted my energy into memorializing Pa with my family in our own way. On the day he died, a violent storm passed through the Columbia Gorge where we now live, striking an old maple tree. Cracked and broken at a steep angle high on the trunk, the sheared-off shape resembles an abstract descending dove, a supernatural sculpture hewn from the forest of our backyard. I christened it Pa’s Tree, and wrote his elegy.

When Mother put the house up for sale, I came back one last time, and met the dumpster filled with rolls of old brown shag carpet, looking like oversized scrolls, the underside stains resembling the concentric shapes of topographical maps, faint trail lines connecting the shared histories of our lives.

I’m still sitting in the car when my mother comes out to greet me.

What are you doing here? A suspicious scowl is etched into her lined face.

This question again finds me flummoxed. She asked it when I came to say good-bye to my stepfather. Maybe my sudden presence renews her anger over my moving away. On that last visit, when she asked a second time I replied, Trying to love you.
Trying? she cried.
Yes, trying, I stammered. Let’s admit it’s hard for us both.
Much later, I will imagine my arms around her, saying, I’m here to love you.
But for now she turns and goes into the house.

I turn off the car, but the radio plays on ….Why don’t you come with me little girl… on a magic carpet ride?…

Inside the dark house, I ask again about my stepfather’s ashes.
She talks about two new dogs she adopted and how she hates the new carpet, a synthetic tan sisal, that it isn’t what she wanted, but my older brother and the realtor pushed it on her.

The dogs are already making their marks on the new carpet, dirty grey paw prints tracking paths from the pen Pa built, through every room in the house. A text from my baby brother reminds me again to ask about our father’s ashes.

We’d like to know where his ashes are, I say, steering the conversation back around.

Well, she says, pursing her lips and cocking her head to the side, they’re thrown right out back. And she points with her chin to the dog pen.

My eyes follow the tracks on the new carpet as she asks me again, What are you doing here? 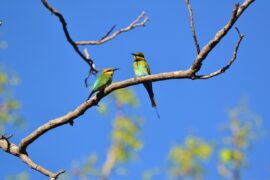 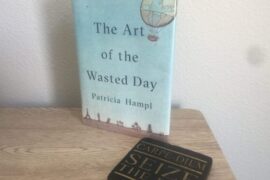 What are You Reading?
What are you reading? 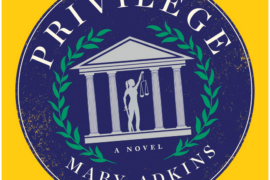